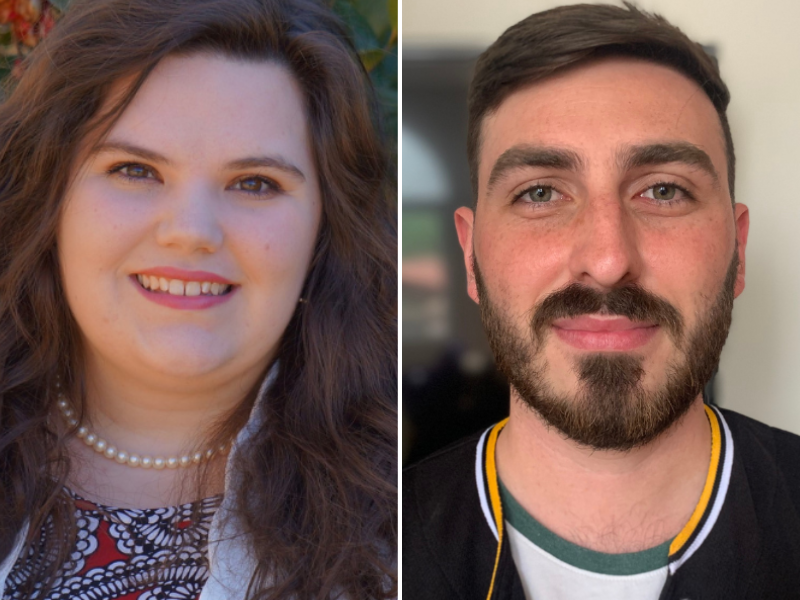 Two Tulane School of Public Health and Tropical Medicine students, Allie Cheek and Samuel Dichiara, are prepared to make a bigger impact within public health through their participation as “This is Public Health” (TIPH) student ambassadors throughout the 2022-23 school year.

“This is Public Health,” a continuing initiative by the Association of Schools & Programs of Public Health (ASPPH), aims to raise awareness about the field of public health through a number of activities sponsored by the program’s student ambassadors.

Dichiara is in his second year as a Master of Public Health student in international health and sustainable development. He leveraged a background in Spanish into service with the Peace Corps as a literacy volunteer in the Dominican Republic before finding his way to Tulane.

He became interested in becoming a TIPH ambassador after meeting with a prospective student to speak about his own program.

“I found the experience fun and very interesting to talk with other students about their career goals and their journey in public health,” Dichiara said.

He maintains an interest in Latin America and may ultimately pursue a career in preventative health education among high-risk populations.

Cheek is also entering her second year as an MPH student, with a concentration in community health sciences, a degree she is pursuing in the online format. She double majored in public health and health systems management as an undergraduate at the University of North Carolina at Charlotte, where she became interested in geriatric health promotion, rural healthcare access, and equitable health policy.

Becoming a TIPH ambassador has been on her radar for a while.

“I first became familiar with the program during my undergrad public health capstone course,” Cheek said. “When completing a career and personal goal plan, I learned about the ‘This is Public Health’ Ambassador Program and knew it was something I wanted to pursue in the future.”

She hopes to eventually earn her DrPH or PhD and pursue a career in academia, but she also recognizes this current role in its capacity to educate.

“Public health is essential to advancing health outcomes and is integrated into everything in our everyday lives, however, the majority of people are unaware of the full scope and practice of public health,” Cheek said. “I am looking forward to the opportunity to network nationally to advocate and influence others to become passionate in public health.”

Dichiara agrees. “I am honored to be a part of TIPH and to introduce others to the exciting world of public health!”