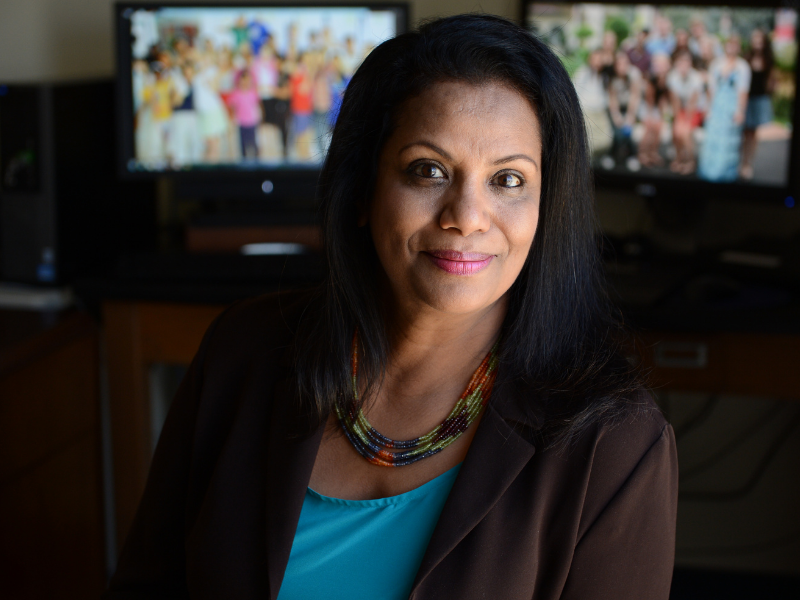 The American Society of Tropical Medicine and Hygiene (ASTMH), founded in 1903, is the largest international scientific organization of experts dedicated to reducing the worldwide burden of tropical infectious diseases and improving global health. Dr. Martin S. Wolfe was a pioneer in the specialty of clinical tropical medicine and travelers' health, and the founding member of the Clinical Group (ACCTMTH) of the ASTMH, serving as its first president. The medal, named for him and honoring all he stood for, highlights and celebrates the importance of mentorship within the Clinical Group and ASTMH.

Rajan also served last year as the president of the Clinical Group. She has extensive experience including internationally in clinical tropical medicine, and in HIV/AIDS, STD, and tuberculosis control programs in India and Malaysia. She served as a consultant for USAID on monitoring & evaluation for tuberculosis control programs and as an advisor to the Louisiana Office of Public Health Antibiotic Resistance Program for several years. Her research has involved healthcare access for migrants, tuberculosis and HIV in hard-to-reach populations, epidemiological markers for HIV and STDs, molecular diagnostics for chlamydial infections, and the role of vaginal lactobacilli in local and systemic immunity in adolescents.

"I was born in Kerala in India, then moved to New Delhi, then to Malaysia for eight years, and the United Kingdom, and finally, to the United States, said Rajan."For the past 22 years, I've been at Tulane. But, before that, I taught and mentored in four countries across three continents. And this revealed to me the beauty and the richness of diversity."

The experience of moving and working in new countries, however, could be challenging, says Rajan. "Acceptance is not a given. As often experienced by migrants, you find that you have to work harder than the local folks and prove your abilities before they can accept and turn from actually ignoring you to admiring you."

She has significantly contributed to MPHTM degree, and the Diploma Course programs in Tropical Medicine, serving as course director for several courses in that department. She also held a secondary (now adjunct) appointment in the Department of Pathology at the School of Medicine, where she was the director for microbiology training for pathology residents. She serves as a key faculty advisor in the combined MD-MPH program.

"As her mentee since 2007, I know first-hand Dr. Rajan's exceptional ability to influence her students beyond the traditional student-teacher relationship," said Dr. Joseph Kanter, State Health Officer for Louisiana. "Dr. Rajan prepared me emotionally for the challenges I'll surely face…. Countless times, she has motivated and inspired me. She is a kind soul who possesses the rare gift of being able to instill calm, confidence, and competency in those around her."

"Dr. Rajan is herself an agent for positive change," said Sophia Newman, manuscript editor for the Journal of the American Medical Association. "It is a sign of her moral development that she answers the grave inequalities and dangers of this world with intellectual commitment, purposeful empathy, and singular willpower…. In fact, I bet Dr. Rajan’s image appears in the dictionary next to the term “work ethic”. As a mentor, she’s up in the “holy cow” range of extreme achievement."

Rajan has active overseas collaborations with the All-India Institute of Medical Sciences in New Delhi, India, the University of Malaya in Kuala Lumpur, Malaysia, the Malaysian AIDS Council, and the University of Northern Sumatra, Indonesia

It is telling that 17 of Rajan’s mentees collaborated to nominate her for this award. "It is very inspiring to see her at different levels because it instills a sense of career diversity in all of us future public health professionals," said Dr. Refilwe Sello (MPHTM 2010) deputy branch chief, a public health specialist for U.S. Centers for Disease Control and Prevention in South Africa. "I aspire to be an agent of change in global public health issues. Following Professor Rajan's work in action among her endless national and international commitments further strengthens my hope for my career dreams."