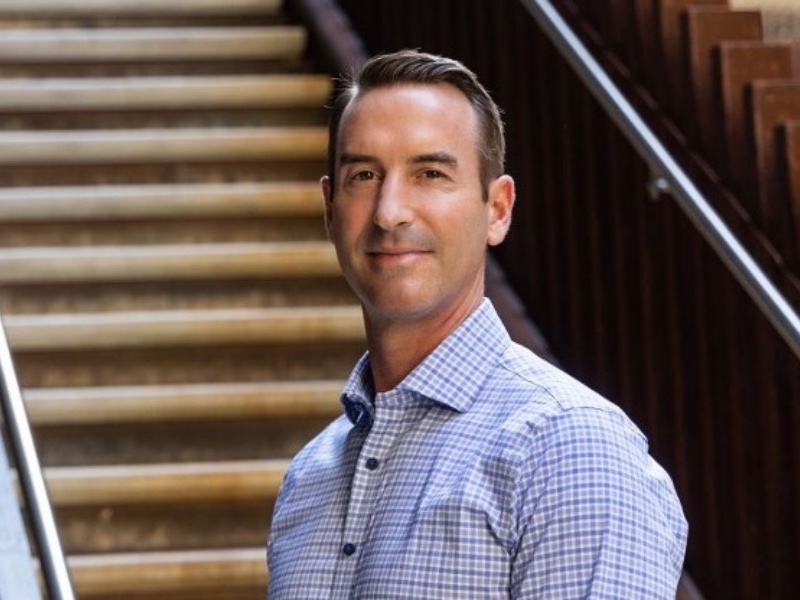 Greg Collins (MPH IHD ’98) wasn’t even specifically looking for a public health degree when he began considering options for a graduate degree. “I had been working in Uganda, and I realized that I needed to up my skill set in a very practical way.”

He looked into other programs, but it was at Tulane that he found the skills and training he was looking for. “The course offerings just seemed so geared towards a practical set of tools that I knew were in demand in the field,” he says. “And it really stood out against these other supposedly terminal degrees whose courses really weren't geared towards the workplace. They were geared towards continuation towards a PhD, but not really, towards a terminal master's in which I could be equipped to go out and prosper as a young professional.”

That grounding in applied skills is what Collins says set him and fellow graduates apart as they launched their careers. “I remember it was about 2001, I was leading some design work for the World Food Programme (WFP) for their Somalia protracted relief and recovery operation. It was a strategy exercise, and I facilitated a group of middle and senior level officials at WFP through this design process, and at the end, someone about my age came up to me to say, ‘Where the hell did you learn how to do that?’ and I said, ‘At Tulane, where I got my master’s.’” This colleague had gone to an Ivy League institution, but said, “We weren’t taught any practical skills like that.”

This advantage from his SPHTM education has benefited him throughout his career. Collins spent over a decade as an analyst and strategic advisor for a variety United Nations agencies and non-governmental organizations, including the UN Food and Agricultural Organization, UN World Food Programme, UNICEF, and CARE International, with experience living and working throughout Africa, the Middle East, Asia, and the Caribbean.

Collins previously served as the deputy assistant administrator at the United States Agency for International Development (USAID) where he led the Bureau for Resilience and Food Security. In that role he provided strategic vision and oversight for the U.S. Government’s global hunger and food security initiative and USAID’s efforts to build resilience in areas of recurrent crises. Greg also served as USAID’s first resilience coordinator and, previously, the founding director of USAID’s Center for Resilience. Today, he is associate vice president for resilience and international development and research professor at the University of Arizona.

Tulane was instrumental not only in imparting valuable skills, but also in making valuable connections. “Over the past 24 years, that's been incredibly useful to be able to reach back and tap into faculty at Tulane, and not just for instrumental purposes of a particular activity, but for broader guidance, and reflection,” he says.

Collins applauds the decision to bring his former department back as its own department and, especially to include sustainable development as a central focus. He saw the shift in that direction in his own career, going from a pattern of addressing recurrent crises as a perpetual humanitarian risk to putting in the long-term resources needed to build capacity of households, communities, systems, and institutions to deal with these recurrent shock events.

COVID and climate change have only continued this shift, he says. “It doesn't matter whether you're interested in health outcomes, education outcomes, food security outcomes, etc. The field has to be fundamentally concerned with building a set of capacities called resilience, to deal with shocks and stresses to not only protect progress that's been made, but accelerate progress in improving well-being against this backdrop of shocks and stresses.”

Collins has changed along with the field. “I'm always sort of brought back to that moment in 2010/2011, standing on the Kenya/Somali border witnessing that horrific famine that led to a quarter of a million people dying, half of them children under five. It’s the sort of moment that pushed me to move beyond my identity as a technical expert, which was very comfortable being a sort of quasi statistician, analyst, very driven by data and very sort of academic and not emotional and passionate about the work because of its seriousness. But I realized in that moment that we actually needed to tap into the emotion of this work and translate that into passionate leadership. And I just sort of made a very intentional step forward, it's either that or everybody else stepped back. What was being asked of me, what was required of me, was not simply a set of technical skills or analytic skills, but an ability to articulate a way forward on this issue (building resilience to recurrent crises) and compel other people to drive the work forward.”

Now that Collins returned to the world of academia, he finds he still goes back to his experiences at Tulane to inform the work he’s doing with students at the University of Arizona. “The fact that we were analyzing UNICEF data as part of our coursework, not in some vacuum, some old data that wouldn't be used, but in relation to decisions that were actually being made by UNICEF at that time. That's powerful to connect people to real work, not mock exercises,” he says.

This article was drawn from a discussion between Dr. Greg Collins and Dr. Nancy Mock. Mock was one of Collins' mentors at Tulane and has continued to work with him as a collaborator over the years. They are in early discussions about creating a joint certificate program in resilience measurement and practice.