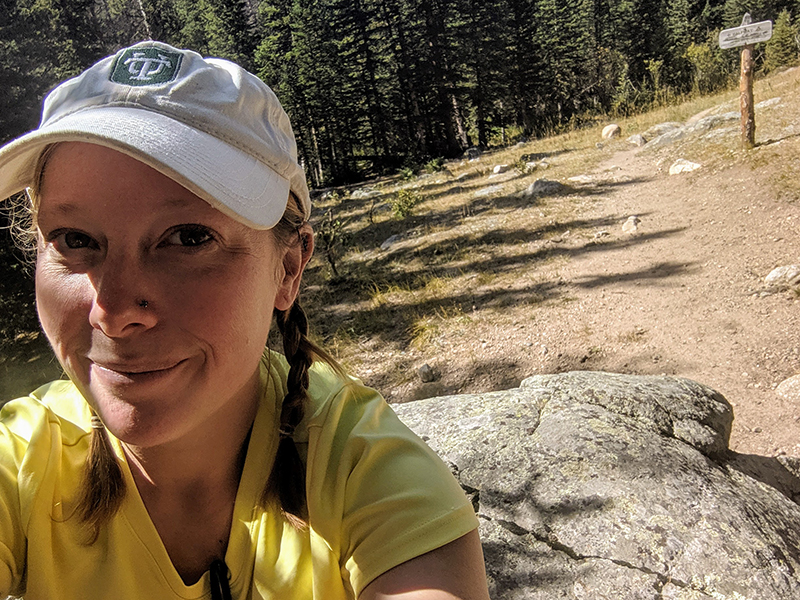 Visitors to national parks see pristine country—untouched landscapes disconnected from the germs and disease we fear in everyday urban living. But is it really so pristine? Doctoral candidate Laura Scott has spent the past six years finding out.

Scott earned her Master of Science in epidemiology from the Tulane School of Public Health and Tropical Medicine, with Dr. Susan Hassig as her advisor. “She gave me some really solid advice when I was trying to come up with a thesis idea,” says Scott. “She told me to try to think of something that you love doing and figure out how to ask a scientific question around that.”

She already knew that she loved nature, wildlife, and being outdoors. As a Citizen Potawatomi Nation member growing up in Oklahoma, she was brought up with a strong appreciation for “the things that were here first. Holding close our relationship with nature…and nature’s relationship with us ties in so beautifully with the One Health concept,” she says.

Academically, she was interested in antibiotic-resistant bacteria. “It just kind of dawned on me that, oh, my gosh, what an interesting question it would be: these environments that we think of as being pristine and perfect and untouched, what if they actually are not?”

Scott’s thesis looked at bacteria resistant to a specific antibiotic—ampicillin—in 13 different national parks across the country to see if there were differences based on visitation statistics to the different parks. She found that parks and trail systems with more visitors tended to have higher frequency of ampicillin-resistant bacteria.

In 2017, Scott returned to Tulane as a doctoral student, this time in environmental health sciences with Dr. Tiong Aw as her advisor. He encouraged her to continue her research into resistant bacteria.

This time around, Scott’s research has focused on a single national park, Rocky Mountain National Park in Colorado, which also funded her research. Over two summers Scott lived in a park cabin looking at the different ways visitor use impacts the incidence of resistant bacteria. For instance, how does having visitors walk through an area differ from visitors using the bathroom or touching animals impact the presence of bacteria. She also considered variables like elevation and what types of the bacteria will actually make humans sick. 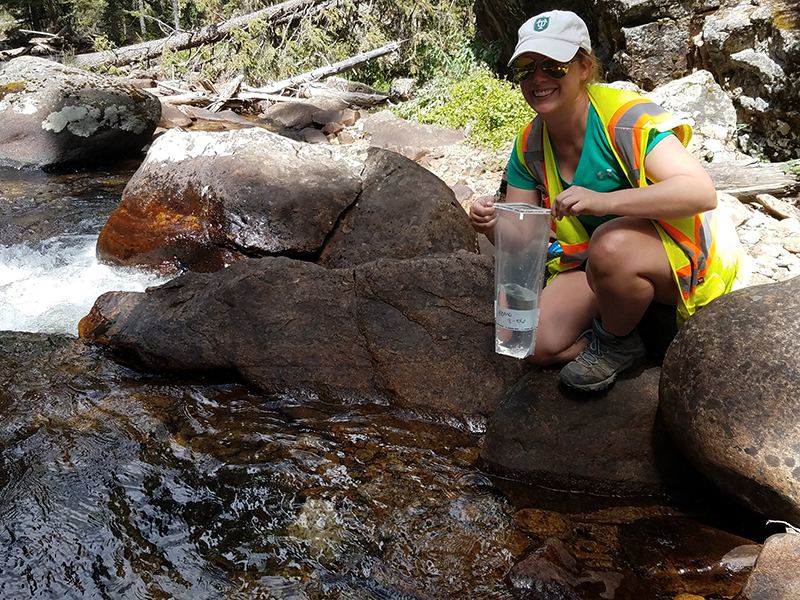 Much of the resistance comes from the antibiotics humans use competing with bacteria naturally found in our environment. By coming into contact and competing naturally, the bacteria develop antibiotic resistance genes. “It took going to really difficult-to-reach mountaintops and lakes underneath glaciers to find water and soil samples where we were not finding resistant bacteria. So it seems pretty heavily tied to anthropogenic forces,” Scott says.

The complexity of the interactions is what has particularly surprised her. The amount of rain on a given day or the direction of the wind both had the potential to impact the amount of resistant bacteria that she found. For instance, Denver is just south of Rocky Mountain National Park, and “air pollution coming up from Denver can bring in heavy metals that deposit on the soil” impacting the bacteria in “teeny tiny little interactions” that lead to resistant bacteria, she says.

The topic is getting a lot of attention “It’s right on the cusp of bursting,” Scott says. “I’m under enormous pressure to publish right now because I can just feel everybody else having the same idea and doing the same stuff right now.”

“I think people are starting to realize that there’s been a lot of looking at resistant bacteria in regards to wastewater and hospitals and confined animal feeding operations. People have also started to realize that it’s out there way more than we think it is, so everybody wants to know how open is Pandora’s box?”

Scott gets questions about whether visiting national parks is safe if resistant bacteria are easily found in areas people frequent. “In terms of the things you should be worried about in national parks, antibiotic-resistant bacterial should not be what’s on your radar,” she says, although she cautions that people should always treat water they plan to drink from a stream or a lake.

“By no means does that mean people should stop enjoying the environment,” she insists.