In 2013 the City of Bogalusa celebrated the Heart Study’s 40-year history by bestowing Dr. Gerald Berenson with the key to the city. 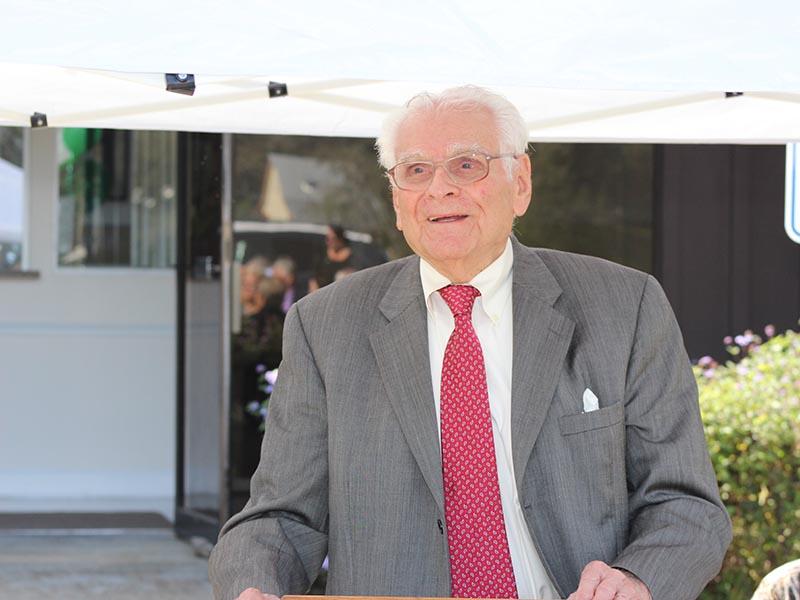 Dr. Berenson was a pioneer in the longitudinal study of cardiovascular disease, having launched the landmark Bogalusa Heart Study in 1972, the longest-running biracial health study in the world. The study generated thousands of peer-reviewed articles and provided hands-on training for hundreds of medical and public health students throughout the years. The majority of participants in the study began as school children, coming back to the Bogalusa clinic for follow up throughout the decades, creating a generation of heart health data.

Berenson, a native of Bogalusa, began his enormously productive academic career at the Tulane School of Medicine in 1948, as an assistant in the Department of Medicine. He had received his medical degree at Tulane in 1945 and joined his alma mater after service in the U.S. Navy. He moved to the faculty of the Louisiana State University School of Medicine in 1954, where he served with distinction until 1991, when he rejoined Tulane.

Dr. Berenson has been honored throughout his career with a host of awards and accolades, including the Spirit of Charity Award, the American Heart Association Population Research Prize, and the American Heart Association Distinguished Scientist Award. In 2013 the City of Bogalusa celebrated the Heart Study’s 40-year history by bestowing him with the key to the city. Tulane honored the cardiologist with an Outstanding Alumnus Award in 1999 and a Lifetime Achievement Award in 1995.

Demonstrating his extensive interests outside of the world of science, Dr. Berenson also earned the Southeastern Beefmasters Breeders Hall of Fame award, a nod to his hobby breeding cattle.

Dr. Berenson will be missed throughout the scientific community but also among the many patients he saw throughout the years at the Bogalusa clinic. His legacy continues in the ongoing work of the Center for Lifespan Epidemiology Research, which provides support and resources to preserve and manage data and specimens of the Bogalusa Heart Study.