The Awards for Excellence in Equity, Diversity and Inclusion -- selected by Tulane Senior Vice President for Academic Affairs and Provost Robin Forman -- were recently announced, and the Tulane School of Public Health and Tropical Medicine was represented by research assistant professor Brigham Walker.

Walker was recognized in the most recent edition of The Tulanian. You can read his excerpt below. Scroll down for a link to the full article.

“Health is an inescapable feature of everyone’s life, and if there is a systemic barrier to it, then that unfairness is worth measuring and finding ways to disrupt.”

In a nutshell, that’s the motivation and philosophy of Brigham Walker, research assistant professor in the Department of Health Policy and Management at the School of Public Health and Tropical Medicine. Much of his work focuses on using field experimental methods — research techniques that seek to identify causal relationships in the real world — to measure inequities in access to health care, education and jobs.

Walker recently published a string of studies with his departmental colleague, Janna Wisniewski, on unequal access to primary care. One study found that, compared with White women, Black and Hispanic women were much more likely to be asked whether they had health insurance before being offered an appointment. When offered appointments, they were often scheduled further in the future than those slots offered to Whites. 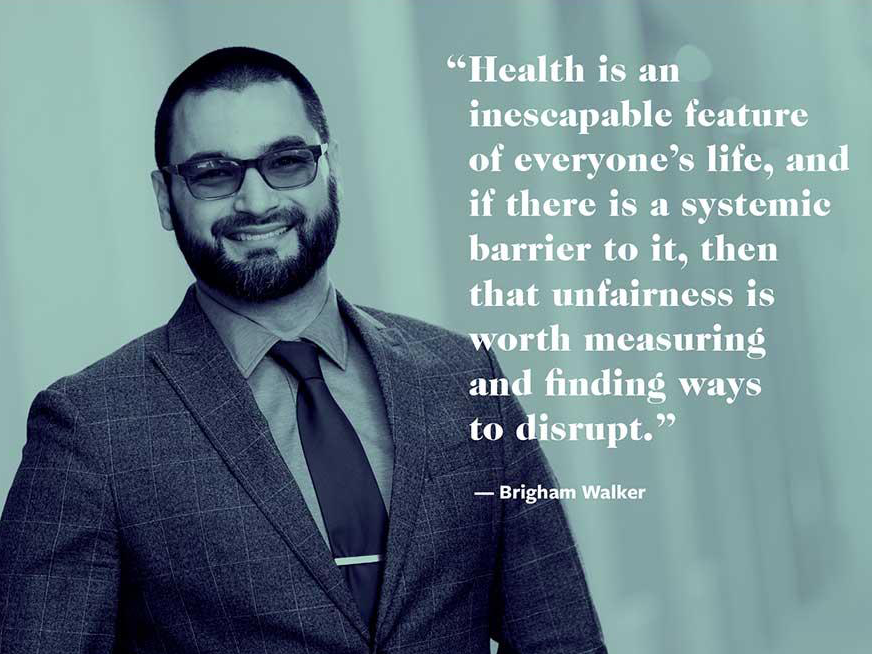 A follow-on study found that White women were offered appointments most often while Black and Hispanic patients were more likely to be told that their insurance wasn’t accepted despite having the same insurance on average. The findings also showed that discriminatory effects were most pronounced among the uninsured, suggesting that increased health insurance access may reduce inequitable healthcare access more generally.

Walker’s ongoing collaborations continue to identify disparities in other healthcare settings and have focused on patient- and provider–focused interventions that are aimed at improving equitable access. In these studies, Walker said, “We are trying to use these measured inequities to target and pilot new ways to engage with healthcare providers to see how we can narrow the gaps.”

Walker has also examined equity outside of health care. He collaborated with Patrick Button, associate professor of economics at the School of Liberal Arts, to examine differences in access to job callbacks among Native Americans, Alaska Natives and Native Hawaiians in the United States. He has ongoing work with colleagues in the economics department regarding unequal access to schools along racial and ethnic dimensions. He is currently working on several projects including measuring patient bias against physicians, differences in telehealth utilization during the pandemic, and the interplay between health, health coverage and financial health.

Through all of this, Walker is “incredibly flattered” to be recognized with the Equity, Diversity and Inclusion Award. He said, “I am just trying to advance knowledge in the research domain that I care about and am incredibly grateful to be able to collaborate with such amazing colleagues in that pursuit.”