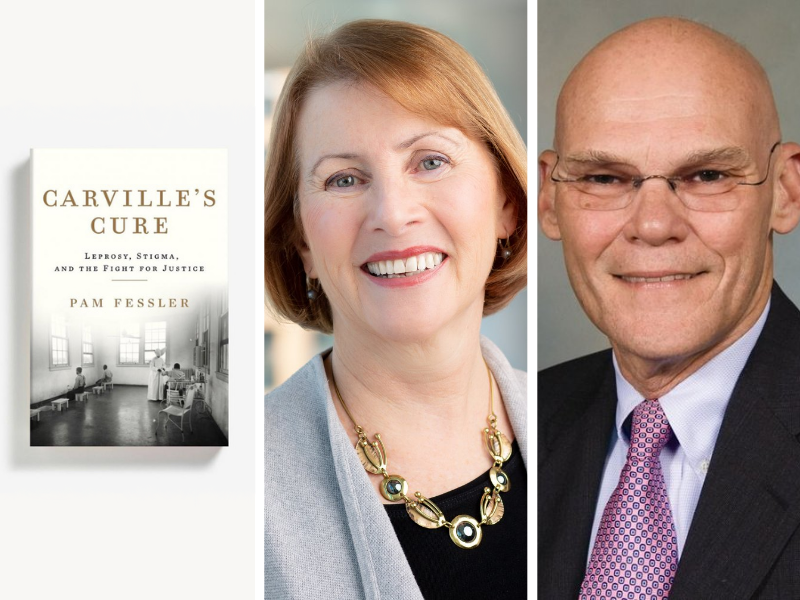 For 28 years, national correspondent Pam Fessler reported on poverty, philanthropy, and issues of national concern. For her first book, Fessler turned to a disease that doesn’t garner a lot of attention in the headlines, but for more than a century played a major role in the small town of Carville, Louisiana. It’s a story that provides important lessons for today’s response to the COVID pandemic.

On October 27 at 5pm, Fessler will be at the Tulane School of Public Health and Tropical Medicine's Diboll Auditorium to discuss her book, Carville’s Cure, with the town’s native son, political strategist and former Tulane professor of practice James Carville.

Throughout most of the 20th Century, patients suffering from what is now called Hansen’s Disease were put under mandatory, often lifelong, quarantine at the National Leprosarium located at an abandoned sugar plantation in Iberville Parish. Fessler shares the individual, human stories of several patients and describes the fear, frustration, isolation, and occasional joys of life at Carville.

The leprosarium was the brainchild of dermatologist Dr. Isadore Dyer, former dean of both the School of Hygiene and Tropical Medicine, as it was known then, and the Tulane School of Medicine.

Carville and Fessler will discuss the history and legacy of the disease and the role of the leprosarium at Carville in the school’s Diboll Auditorium, followed by a book signing presented by the Tulane Bookstore.