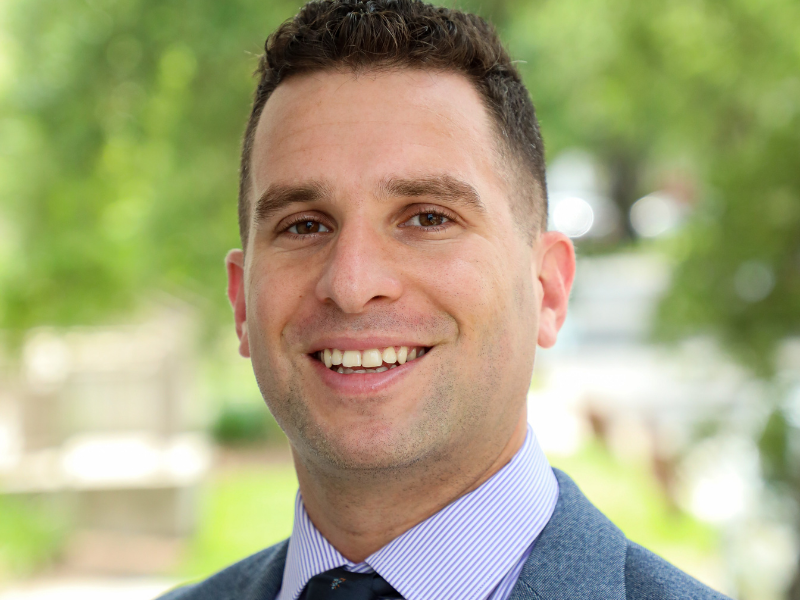 Phil Krause Schmidt (BSPH ’13, MHA ’15) knows the importance of paying it forward – and paying it back.

Krause Schmidt believes strongly in the power of the Tulane alumni network. He is a strategic program manager at Ochsner Health and graduated from Tulane with a Bachelor of Science in Public Health and a Master of Health Administration. He is a loyal donor to the School of Public Health and Tropical Medicine annual fund and serves as president of the school’s alumni association board of directors.

Krause Schmidt got involved with the School of Public Health and Tropical Medicine Alumni Association Board after being approached by Associate Professor Betsy Gleckler (IHSD MPH '91, DrPH '08), for whom he had worked as a teaching assistant. His mentor on the board was Erica Washington (MPH EPI '09), who later served as the president of the Tulane University Alumni Association.

“It was fun and everyone was very welcoming,” says Krause Schmidt.

He decided to major in public health as an undergraduate after a lunch for admitted students with then-professor Penny Jessop (MPH '78). “Professor Jessop really sold me on public health,” remembers Krause Schmidt.

While he was at Tulane, Professor Mollye Demosthenidy (JD/MPH '07) was a mentor and served as his thesis advisor. Says Krause Schmidt: “She was a big part of why I am where I am today.”

He praised Tulane for the requirement that students complete a residency at a healthcare organization to gain real-world experience. He was a public health resident at the Tulane Medical Group. “They really gave me the confidence to build the career that I have,” Krause Schmidt says.

Since then, the Tulane network has led him to different jobs, and he, in turn, has brought on other Tulane alumni.

“You can really cultivate your career path through staying engaged,” says Krause Schmidt. “Tulane’s been such a big part of my network, and I’m super thankful, but I’m trying to build that for others too.”

Asked what advice he had for current public health students, Krause Schmidt has a ready answer.

“I always tell students to stay positive and have an open mind about where you’re going to end up,” says Krause Schmidt. “Public health is a really big field. There’s space pretty much for everybody. It’s an exciting time in health care for our country, so be open to opportunity, be creative. Don’t be afraid to ask questions and be sure to value and cherish your networks and relationships. And always, always pay it forward and pay it back.”